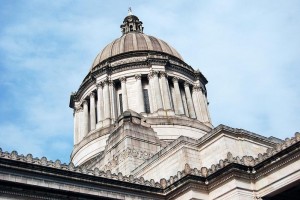 A main role of the Assisted Living Federation of America (ALFA) is to track legislation that could potentially affect their members. This not only helps assisted living communities be aware of pending changes to the law, but gives them an opportunity to help shape legislation before it comes to fruition.

According 2012 State Regulatory and Legislative Snapshot ALFA has been tracking 586 bills that would change change assisted, and so far, 186 of those bills have been enacted. Their report outlines, state by state, changes to assisted living laws, big and small.

Here is a list of states with significant changes to their assisted living rules and regulations over the course of 2012, and how those changes affect communities and consumers.

Idaho’s lawmakers in Boise passed a law requiring certified medical assistants, many of whom work at senior communities, to undergo background check and fingerprint check.

Maryland’s legislators in its capital Annapolis passed law that allows assisted living residents to administer medications to their spouse or domestic partner.

In Raleigh, North Carolina the state government instituted laws with stricter requirements for community’s that care for residents with Alzheimer’s and dementia. ALFA claims that this legislation “poses problems” for providers and could hinder assisted living communities’ ability to serve those with Alzheimer’s or other kinds of dementia.

In Harrisburg, Pennsylvania elected officials determined that responsibility for assisted living licensing, inspections,  enforcement and so on has been transferred from the Office of Long Term Living to Bureau of Adult Residential Licensing. It’s unclear how this will affect the assisted living industry and assisted living residents, and ALFA did not issue an opinion about this change.

In Salt Lake, the legislators of Utah enacted yet firmer requirements regarding staff screening. In addition to the background checks that were already required, a “wrap-back” screening system for staff has been initiated that will notify the state’s regulatory agency of new arrests and convictions.

Do you have thoughts about any of the rules changes or any other feedback? We welcome your comments below.

10 States with the Most Affordable Assisted Living Costs
8 Comments
We are paid by our participating communities, therefore our service is offered at no charge to families.
Privacy Policy | Terms of Use | Do Not Sell My Personal Information | Contact Us at A Place For Mom
© 2022 A Place for Mom, Inc. All Rights Reserved.
AssistedLiving.com is a website of A Place for Mom, Inc.