If Westchester Center for Independent & Assisted isn't quite what you're looking for, take a look at a few other nearby communities that might be a better match.

A little over two years ago, I moved my mom to The Westchester to give her a safe place to live that was close to me. Having her nearby was important because it she was getting on in years and it was clear she was becoming forgetful and unable to cook or shop for herself - basically, she could no longer live alone. The Westchester is clean and simply appointed. There seem to be a lot of activities AND celebrations involving cake. Because my mom is easy going and rarely complains, I got to know a number of the more independent residents - many who had started off in more expensive facilities. I'd ask them for their opinion about the place - the food, the staff, the environment - most are enthusiastic about the facility - even the food. What really sold be on the facility is the way the staff including Case Management, Facilities, Nursing, Entertainment and Medical responded when it was clear that mom's cognitive health was declining - they helped get her over several rough patches .... until it was clear to all that a Long Term solution was needed. I appreciate everything that the folks at The Westchester did for my mom and wouldn't hesitate to recommend it.

My father in law is doing okay here at this community, he is still adjusting, but they are caring for him well. We do feel comfortable with his move to this community, it is a nice place. Rosanne is amazing. She was great to work with, she was very helpful, and understanding. The front desk receptionist isn't very pleasant, but the rest of the staff is very kind, and helpful. His room is well maintained when we visit, but the guest restroom could be better maintained. They have been very accommodating, and this is a community I would recommend.

ask those who live there

Former resident returning to visit friends here. I would suggest that if you are considering this place for someone you care about then look very carefully. Instead of reading the fancy brochures and listening to the glowing praises by the lady paid to sell you, ask the residents instead. Ask them about the food and ask them about the service by the aides. Most of the workers have been here 1-2 years max, which should tell you something. The good ones get frustrated and leave. Also, ask to see the Franklin building. On the day I visited the hallway was freezing cold and fire doors were closed to conserve heat. I saw several little 90 year old ladies dressed in their outdoor winter coats and gloves trying to maneuver their wheelchairs and walkers through the doors going back to their rooms. I remember this being the case when I was there. The owner (quote taken from another review) says " At Westchester Center, providing our residents with care in a warm and loving environment is our #1 priority! " Most of the residents I know would disagree. Very glad I'm out of there.

Very unhappy here recently with my loved one. Recreating staff is good . Meals are nor cardiac friendly- in my opinion there is not a Low or No Salt option. There have een multiple medications errors withmy LO-------and the pharmacy temporarilrly closes Friday afternoon to Sunday. By the way, the pharmacy they use is over 40 miles away!!!. Same with laboratory. My understanding is No prescriptions after Friday afternoon and are really not delivered until Sunday- this needs to be addressed as it happened twice just to us. . Additionally there is no onsite dr. Nurse, LPN or caseworker there on weekends.Medications are given by pill technicians ,. Not trained nurses .

This place is an absolute nightmare. I began looking for a place where my mother can comfortably live while receiving the limited assistance she needs for day to day activities back in May of this year (2013) After being referred to The Westchester Center, I flew in to New York (where my mother lives) from San Diego (where I live) to assist her in the move and the transition. When visiting the center and while moving her in, everyone seemed to be so helpful and promised time and time again that “mom would be taken care of in a worry free and safe environment” Much to my disappointment the promises made were anything but the truth. The problems started shortly after my mother moved in and I returned back to San Diego. On two separate occasions, once in May 2013 and again in June 2013 my mother was given the wrong medication! When I called in to complain to the center director (Joel Teitelbaum), he said to me “we have been having some issues with our med room, but we just underwent some training so this shouldn't still be happening”…STILL BE HAPPENING? So this apparently had been an ongoing issue. Obviously it goes without saying that issuing someone the wrong meds is a potentially life threatening situation. Luckily my mother actually has the awareness to actually look at the meds they give her before ingesting them, but most people don’t and just take whatever is given to them in the cup…A scary situation indeed. As if that wasn't bad enough, on a separate occasion in June 2013 the med tech claimed to have given my mother her medication, but in actuality she never did. I had to actually call them and request that they view the video surveillance recordings to confirm if my mother received her medication and sure enough the video revealed that the med tech was lying. I believe they terminated her employment, a small fix to a much larger problem in my opinion. As if the medication issues were not bad enough, apparently when they pair two people in a room together, there is no set process they follow to ensure the roommates are a compatible match. After finally getting clean and overcoming a substance abuse problem, my mother who has now been clean for over a year was pared to live with an active alcoholic in the same room. Apparently the roommate would go shopping on her own and purchase alcohol then hide it in the room and drink throughout the day. Not only was this a huge source of stress for my mom, one that jeopardized her recovery, but it also created a safety hazard. Her roommate became extremely hostile and belligerent when she became intoxicated. I called the facility to inquire about how such a mistake could be allowed to happen and I was simply told “we try to match people with roommates the best we can, but it’s not a perfect system”. Excuse me?! Perhaps they better quickly figure out a way to implement a perfect the system or get into a different line of work. Both Joel Teitelbaum and Vanessa Panico (Director of Case Management) actually had the nerve to tell me that perhaps the reason my mother was not comfortable in her living situation is because she is the one creating the problems with her roommate. As if she was the one who opted to live with an alcoholic. Most recently I received a call from my mother around midnight during which she explained to me that they had no heat in the facility. When I called to speak to the shift supervisor, she did confirm to me that they did in fact not have heat in the facility and it apparently has been an ongoing problem. I believe the average temperature has been somewhere between 20 and 30 degrees Fahrenheit in New York. Obviously this creates a hazardous living environment – especially for seniors who have a difficult time regulating their body temperature as it is. The best she could do, she explained, was to offer my mother another blanket. I’ve counted about 5 nights within the last month alone that they have not had any heat which is simply unacceptable in my opinion. The list goes on and on: From losing my mother’s laundry, to the food being anything but healthy and nutritious as they claim, to staff members and residence alike erupting in violence and breaking tables in the dinning area, and residents assaulting other residents. Please learn from my mistake and DO NOT SUBJECT YOUR LOVED ONE TO THE HORROR THAT IS THE WESTCHESTER CENTER! The only reason I have not yet moved my mother out is because I have not had the ability to once again take time off from work and fly across the country to do so. The Westchester Center promises “A luxury Senior Community experience” but I assure you, your experience will be anything but what they promise. Do yourself a favor if you plan on taking a tour with your loved one, don’t be afraid to approach the residents and ask their true opinion about the facility and their experiences while living there. After all, the most honest reviews can only come from those who live there. 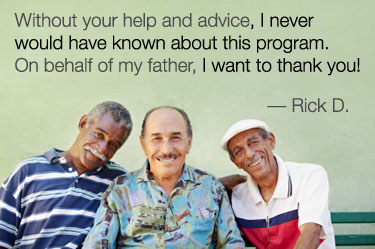 We are paid by our participating communities, therefore our service is offered at no charge to families.
Privacy Policy | Terms of Use | Do Not Sell My Personal Information | Contact Us at A Place For Mom
© 2023 A Place for Mom, Inc. All Rights Reserved.
AssistedLiving.com is a website of A Place for Mom, Inc.