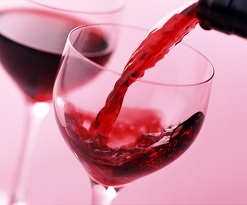 Alcohol is an enigmatic substance. Humans have enjoyed it for thousands of years, using it medicinally, recreationally and religiously. It’s capable of bonding humans, lifting spirits, and consoling this disheartened. But it’s also a dangerous drug responsible for tens of thousands of deaths and ruined lives. Does alcohol belong in assisted living communities? Some argue it’s unsafe and irresponsible to provide residents alcohol, while others argue that it’s unkind, unnecessary  and belittling to deny residents the pleasures and benefits of a drink.

Enigmatic Alcohol: Beyond Good and Evil

During the 19th and 20th centuries, an obsession of anthropologists was identifying traits that exist in every human in culture across the world and throughout history to understand the essence of human nature. Human traits that are found in every society, even ones that haven’t had contact with the outside world, are called “cultural universals“. Anthropologists and sociologist made good headway identifying cultural universal over the decades, and discovered many traits that all cultures share, such as gift giving and the incest taboo.

But one cultural universal and core human instinct surprised a few researchers: The drive to intoxication.

In every society on earth, mind altering substances are used for a variety of purposes – for pleasure, to ease the toils of labor, relieve pain, as part religious rituals, or for a mix of all of these reasons.

In Western cultures, the socially prescribed and permitted intoxicant is alcohol, and has been since the dawn of recorded history. For example, if you read Plato’s classical texts, it’s apparent that most philosophical discussions did not occur without copious amounts of wine, and some Ancient Greeks even worshiped a God named Dionysus with raucous nude drinking parties that lasted days on end. Christianity put the end to the cult of Dionysus (and his Roman successor, Bacchus), but through the sacrament of communion, wine remained a central aspect of worship.

Alcohol is deeply embedded within our culture and has been for a long time. For westerners, alcohol is used for practically every imaginable purpose. We celebrate weddings with alcohol, honor our deceased loved ones with a toast, or relax after a hard day’s work with a beer.

But like a lot of things that are enjoyable, alcohol is quite dangerous in excess. Even young and healthy people can become ruined by alcohol. Excessive consumption can kill brain cells, destroy the liver, cause malnourishment and become an addiction. It’s also the cause of tens of thousands of traffic fatalities, each one an unfathomable tragedy.

The point of this preface is to highlight the complex and enigmatic nature of alcohol – how it can be sacred in one context, or a dangerous poison in another context.

The foremost duty of assisted living communities is to keep their residents safe. Alcohol can be dangerous to people of any age who misuse it, but seniors can be vulnerable to problems from alcohol even when they consume only modest amounts. A lot of the negative aspects of alcohol are exaggerated for assisted living residents.

Another challenge for senior communities forming alcohol policie is that some residents have a history of alcoholism. Preventing a recovered alcoholic resident from relapsing is one consideration for communities that serve alcohol.

So you can see why an activities director might think to herself, “Nah, it’s just not worth the risk.”

On the other hand, as we discussed above, alcohol is ingrained in our culture . Is it right to automatically decide that seniors who live at assisted living be denied this pleasure? A policy of strict prohibition with a community could be implicitly telling residents they are no longer members of our common society.  Assisted living does not and should never mean loss of freedom or rights, instead it promoted independence by providing seniors the tools and care they need to live the best life they can.

Many assisted living residents would be used to having a glass of wine or two with dinner most evenings, and it could be argued that there’s no reason to force a change drinking habits just because of a move to assisted living.

Furthermore, light to moderate alcohol intake, especially red wine, has been linked to improved cardiovascular health, so allowing residents to enjoy a glass of wine could promote health and longevity.

But research shows alcohol policies may matter too much practice: A 2012 study published in Research on Aging found that 70% of assisted living residents consume alcohol, which indicates that if even it’s not served at the community, residents will just acquire it other ways (on shopping outings or as gifts).

One could argue that if residents are drinking, they should do so a social setting where they are served by the community, such as a weekly happy hour. This allows staff to assure that residents are not abusing alcohol (through the prevention of over-serving), and allows the alcohol consumption to take place in a setting that’s both social and supervised.

Do you think assisted living communities should serve alcohol? Do you have other thoughts to add to our discussion? We welcome your comments below.

10 States with the Most Affordable Assisted Living Costs
8 Comments
We are paid by our participating communities, therefore our service is offered at no charge to families.
Privacy Policy | Terms of Use | Do Not Sell My Personal Information | Contact Us at A Place For Mom
© 2023 A Place for Mom, Inc. All Rights Reserved.
AssistedLiving.com is a website of A Place for Mom, Inc.