10 States with the Most Affordable Assisted Living Costs 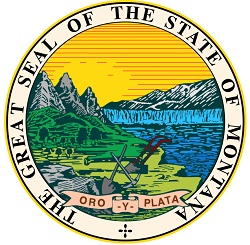 When I worked as an Senior Resource Coordinator for A Place for Mom, I had countless conversations with families and seniors who were in the process of searching for care. I remember one elderly woman in particular, we’ll call her Janet, who asked me, “What state has the cheapest assisted living?”

Janet lived alone and had no living family, but she needed hands-on care. She was in an awkward financial position such that her income was too high to qualify for Medicaid, but not really enough to afford the care and housing she needed.

Most people would agree that it’s sad and unfortunate that a senior would who need to consider leaving her state to afford care, but economic realities aren’t always friendly. Janet genuinely saw moving out of state to be the solution to her dilemma.

At the time, I didn’t have the data below, so I didn’t have an answer for Janet on our call. I speculated that states with lower housing costs would also have lower assisted living costs, but urged her to reconsider moving out of state. By putting her income in what’s called a Miller Trust, I told her, she could potentially qualify for Medicaid after all.

Assisted Living Costs Less in the South and Plains States

Ultimately, Janet did not end up needing to leave her state. But if there are any other Janets out there, here’s a list of states where assisted living is most affordable according to our Cost of Care Survey. As one might expect, southern states and plains states are somewhat over-represented on this list. These figures are based on the average cost of a one-bedroom assisted living apartment in the state:

For this analysis we counted the District as Columbia as a state, hence the rankings end on #51 instead of #50.

We welcome your comments below.

10 States with the Most Affordable Assisted Living Costs
8 Comments
We are paid by our participating communities, therefore our service is offered at no charge to families.
Privacy Policy | Terms of Use | Do Not Sell My Personal Information | Contact Us at A Place For Mom
© 2023 A Place for Mom, Inc. All Rights Reserved.
AssistedLiving.com is a website of A Place for Mom, Inc.